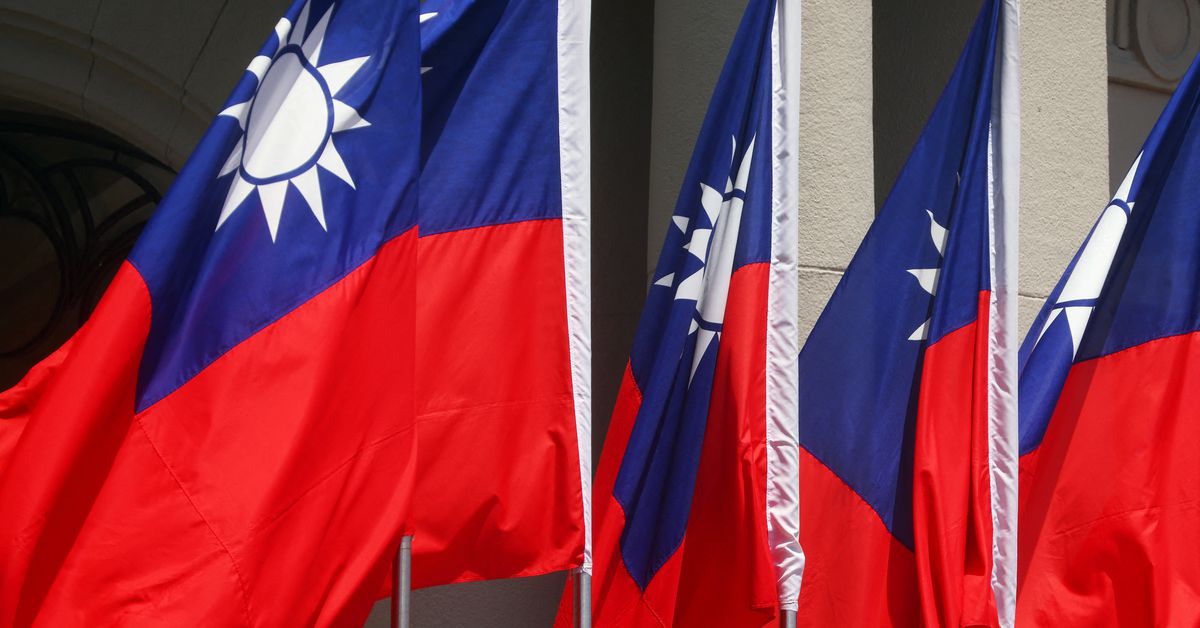 Taiwan flags flutter during a welcome ceremony for Saint Vincent and the Grenadines Prime Minister Ralph Gonsalves (not pictured) outside the presidential palace in Taipei, Taiwan August 8, 2022. REUTERS/Ann Wang

TAIPEI, Aug 18 (Reuters) – The United States and Taiwan on Wednesday agreed to start trade talks under a new initiative, saying they wanted to reach agreements with “economically meaningful outcomes”, in another sign of stepped up U.S. support for the island.

The office of the U.S. Trade Representative said the two sides had “reached consensus on the negotiating mandate” and it was expected that the first round of talks will take place early this autumn.

“We plan to pursue an ambitious schedule for achieving high-standard commitments and meaningful outcomes covering the eleven trade areas in the negotiating mandate that will help build a fairer, more prosperous and resilient 21st-century economy,” Deputy United States Trade Representative Sarah Bianchi said in a statement.

The negotiating mandate released along with the announcement said the United States and Taiwan have set a robust agenda for talks on issues like trade facilitation, good regulatory practices, and removing discriminatory barriers to trade.

It said the start of the formal talks would be for the purpose of reaching agreements with “high standard commitments and economically meaningful outcomes”.

It did not mention the possibility of a broad free trade deal, which is something Taiwan has been pressing for.

Washington, despite the lack of formal diplomatic ties, has been keen to bolster support for Taiwan, especially as it faces stepped up political pressure from China to accept its sovereignty claims.