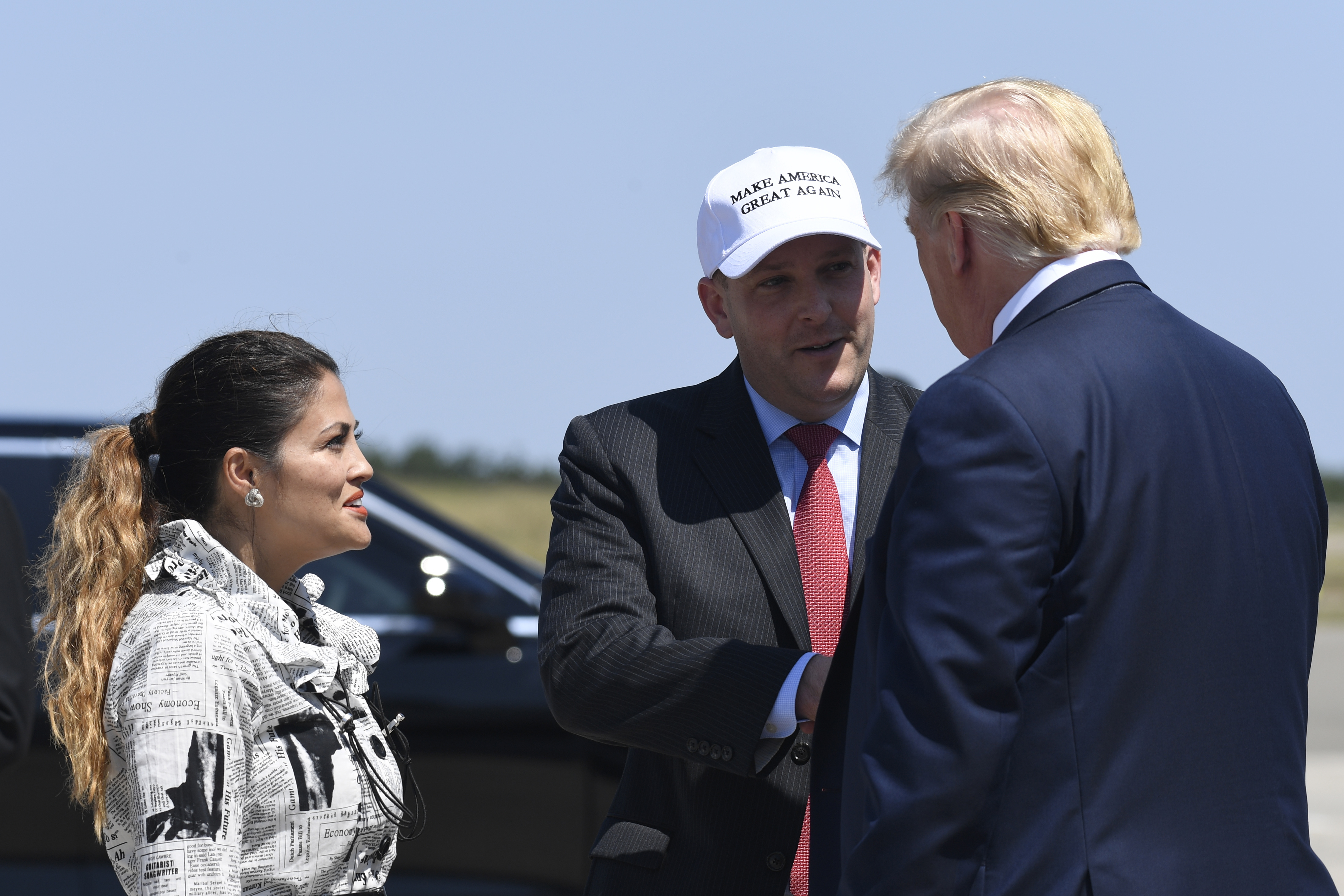 As Trump looks to play kingmaker across the country by boosting GOP candidates with his coveted endorsement among GOP candidates, perhaps no race is as personal and as vexing for him as the Republican primary in New York — a battle that will test Trump’s loyalties and friendships.

The decision is likely between Zeldin or Giuliani, and the working theory among those who speak to Trump is that he’ll probably sit out the primary and help the candidate who wins to try to retake the governor’s mansion in Albany — a seat Trump himself seriously considered running for in 2014.

“As someone who knows and likes both Lee Zeldin and Andrew Giuliani, I could see how the president — who knows them both even better — could have difficulty with this decision,” said Mike Caputo, a Trump confidante and longtime Republican political consultant in New York.

Trump’s undivided loyalty to former New York City Mayor Rudy Giuliani makes Trump’s decision extraordinary complex. The two Giuliani’s have met with Trump at Mar-a-Lago in recent months to pitch the candidacy of Andrew Giuliani, who also served as a special adviser in the Trump administration.

The Giuliani’s appeared to come away unconvinced of any forthcoming help from Trump, whose closeness with the elder Giuliani predates the son’s first brush with fame: Being mocked as a kid by the late Chris Farley in a 1994 Saturday Night Live sketch portraying the father’s mayoral inauguration (“my dad’s mayor!”).

Rudy Giuliani predicted in March that Trump would stay neutral in the primary.

“[Trump] is very close to Andrew, they’ve known each other for 20,000 years, they played golf together, and they worked side-by-side together for four years,” he told reporters then at the state GOP convention in Manhattan.

A decision for Trump

People familiar with Trump’s thinking on the race believe he is weighing three options, each with its own level of risk and reward: Endorse Giuliani because of the family friendship; endorse Zeldin because he’s considered the frontrunner and has the party’s support; or stay out of the race altogether.

The latter of the three options might be Trump’s best choice, some New York political leaders estimated.

If Giuliani loses, it would be a blemish on Trump’s effort to rack up endorsement victories ahead of a potential presidential run in 2024. And an endorsement of Zeldin, while potentially a successful pick, would be a slap at Giuliani and also possibly hurt Zeldin in a general election.

“I think Trump has to sit out because of Giuliani, and I think he sits out for his own reasons,” said Erie County Conservative Party chairman Ralph Lorigo, who has endorsed Zeldin and developed a relationship with Trump since Trump considered a run for governor.

Lorigo added, “In my opinion, I don’t think it’s necessary for Lee” to get Trump’s endorsement ahead of the primary.

A Trump spokesperson did not respond to a request to comment on whether the former president will endorse in the race.

Republicans haven’t won a statewide race in New York since 2002, and Zeldin, if he wins the primary, is expected to have the party’s strongest showing in a decade in what should be a good year for the GOP in November. The winner of the primary would likely face Democratic Gov. Kathy Hochul, who is expected to win her own primary June 28 in a three-way race.

Democrats have already sought to link Zeldin to Trump, who lost New York by wide margins in both of his presidential elections. So a Trump endorsement of Zeldin might hurt him with the moderate voters he would need to win in November in a state with twice as many Democrats as Republicans.

“Lee Zeldin is going to get every single Republican voter. We need to get independent and cross over voters,” Lorigo said.

Case in point: Republicans made little mention of Trump during its state convention to the disdain of Andrew Giuliani, who bemoaned: “President Trump has not been invoked at all — in a Republican convention.”

Giuliani has told reporters that he’s hopeful he can land Trump’s endorsement as he has tried, more than the other candidates, to most closely align his campaign with Trump’s platform.

“It’s great to see that he’s paying such close attention to the race. I know he’s certainly interested as we have less than a month to go until [primary] day,” Giuliani said in an interview.

Still, Trump’s endorsement either now or after the primary would still be sought by the Republican gubernatorial candidates, and the hopefuls said Trump is engaged in the race — talking regularly to the candidates about the campaigns. Trump continues to be a regular critic of the Democratic-controlled state, particularly his legal fights with Attorney General Tish James.

Katie Vincentz, a Zeldin spokesperson, said in a statement to POLITICO that Trump and the congressman are “among the millions of people who are deeply concerned about the direction of New York.”

She added: “With President Trump’s legacy of economic prosperity pre-COVID, pro-safety and security, and pro-freedom, Congressman Zeldin would certainly welcome his endorsement.”

Both Zeldin and Giuliani have made sojourns to Mar-a-Lago in recent months to build support either with Trump himself or with his donor base.

Zeldin, a former state senator who has sided with Trump in Congress in a moderate eastern Long Island district, was hosted by donors Lynda and Anthony Lomangino at Mar-a-Lago, but it was unclear whether Trump made an appearance, Newsday reported.

Astorino said he regularly talks on the phone with Trump, with Trump gauging how the race is going. But Astorino too thinks Trump will stay clear of a primary endorsement.

“I’ve known him a long time, and I consider him a friend,” Astorino said. “And obviously I’ve voted for him, and I think he has friends and allies in this race, so I think he’ll probably just stay out because it’s likely that any one of us could win.”

Figuring out a favorite in the race has been tricky, which likely has complicated Trump’s calculus.

No public polls have been conducted on the Republican primary, which also includes businessman Harry Wilson, who is running as a moderate. He could not be reached on whether he is seeking Trump’s endorsement.

A Zogby poll funded by the group Unite NY last week showed Giuliani with a 35 percent to 25 percent lead over Zeldin, while a McLaughlin poll on Tuesday showed Zeldin with a “massive 23-point lead” over the field, his campaign said.

Trump can be an asset for whoever wins the primary, Astorino said, but maybe now isn’t the time for Trump to get involved.

“There’s a lot he can do. He can help get out the vote; he can help raise money,” Astorino said.

But for the primary, he estimated, Trump doesn’t “want to make the wrong decision in his home state where he knows it really well and knows the candidates really well and personally.”