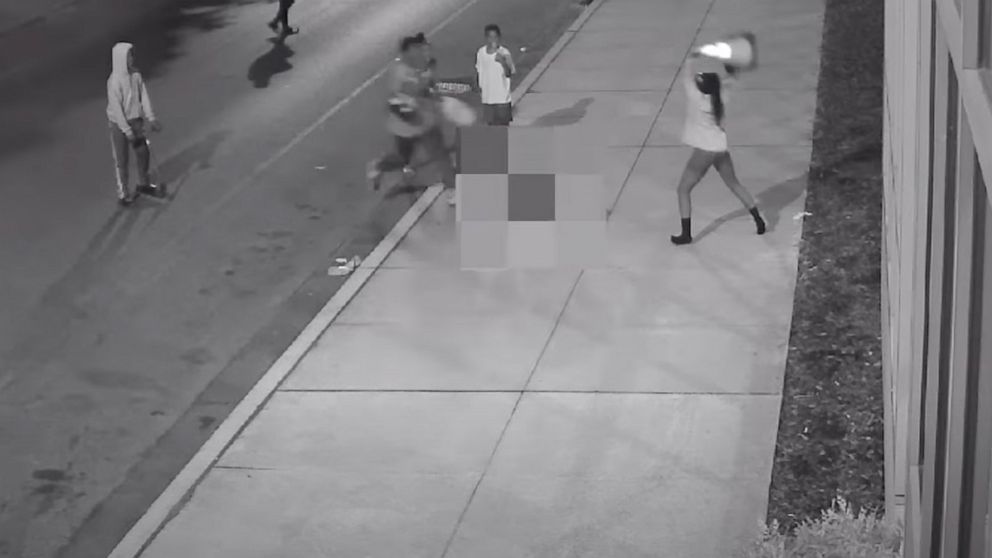 Police in Philadelphia are seeking seven teenage suspects wanted in an attack on a 73-year-old man who later died from head injuries sustained during the assault.

The Philadelphia Police Department released disturbing surveillance footage on Friday of the deadly attack, which occurred around 2:30 a.m. on June 24.

In the footage, a group of teens can be seen chasing a person, who is blurred, across a street in North Philadelphia. One of the teens is captured hurling a traffic cone at the victim. A girl is then seen picking up the traffic cone and repeatedly throwing it at the victim. Another suspect appears to be filming the assault on a cellphone.

“The teens struck the victim several times with objects, knocking the victim to the ground causing injuries to his head,” the department said in a statement. “The victim was transported to the hospital where he died of his injuries the following day.”

Police identified the victim as James Lambert of North Philadelphia.

Homicide Capt. Jason Smith told reporters during a briefing Friday that the medical examiner has ruled the cause of Lambert’s death as blunt force trauma, ABC Philadelphia station WPVI reported.

Police said they are seeking four boys and three girls who appear to be in their early to mid-teens. Smith said at least two teens took part in the assault, WPVI reported.

The city is offering a $20,000 reward for information leading to an arrest and conviction, as is the case with all open homicides.

Smith is appealing to the parents of the suspects to come forward.

“The message I would like to put out there is to the parents of these juveniles, if they are aware that their son or daughter is involved in this incident, I think that the best course of action would be for them to contact an attorney and then contact the homicide unit,” he said.

News of the assault comes a day after a summer curfew for minors went into effect.

The modified curfew is an attempt to keep young people off the streets and safe during a high-crime season, officials said.

For those found violating the curfew, police will attempt to reunite them with their families at home or a precinct or bring them to one of several community centers that have been established during the curfew.