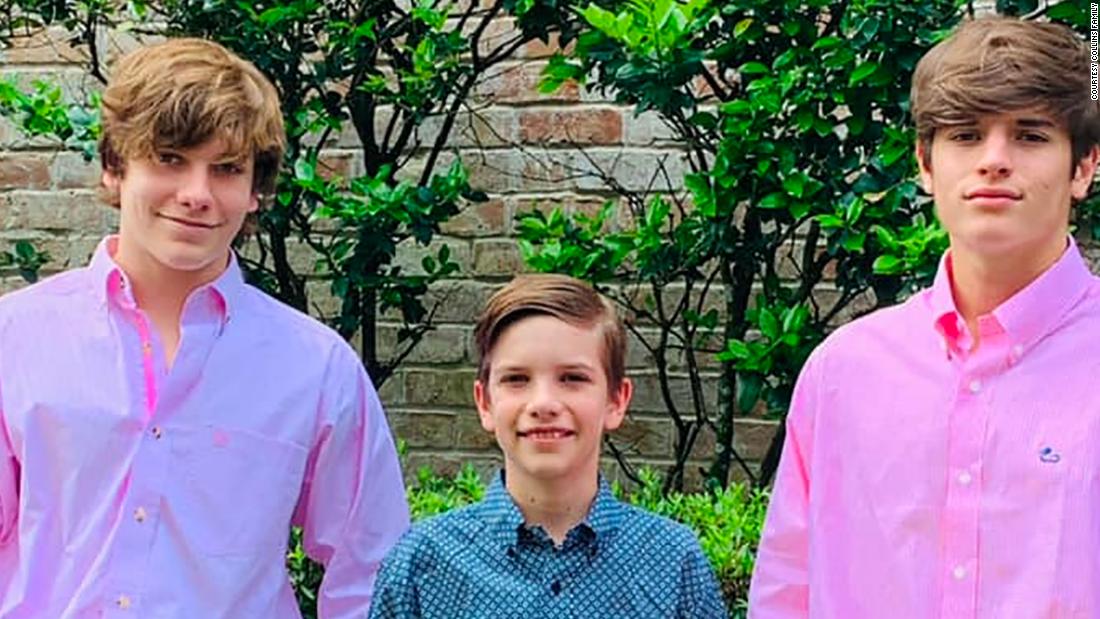 Collins, 66, was visiting the family’s weekend ranch in Leon County with four of his seven grandchildren — brothers Waylon, 18, Carson, 16, and Hudson, 11, and their cousin, Bryson Collins, 11 — when they were killed by a convicted murderer who had been the subject of one of the largest manhunts for an escaped inmate in Texas history.
Gonzalo Lopez, who escaped from a prisoner bus last month, was later killed in a shootout with officers.
“What happened to the Collins family is unspeakable,” Harris County Sheriff’s Det. David Crain, a close friend of the family, told CNN affiliate KTRK-TV, describing them as “bright, shinning stars.”

The family’s pastor, Steve Bezner, called Collins and his grandsons an “amazing family” that was “close-knit and of deep faith.”

“The loss of a student, for any reason, is heartbreaking, but to lose four in such a tragic way is excruciating,” Tomball Independent School District Superintendent Martha Salazar-Zamora said in a letter. “Our thoughts and prayers are with the family and friends of these beloved students and grandfather.”

On Friday, friends and family shed tears and shared hugs during the vigil at the Tomball school district baseball field, where Waylon was an umpire for the little league.

Suspect was member of a violent prison gang

Lopez was killed in a shootout with authorities late Thursday, hours after he was named the suspect in the killing of Collins and his grandsons, officials said. Investigators believe Lopez broke into the family’s home and stole a truck.

Lopez was driving that truck when it was disabled with a spike strip in the town of Jourdanton, said Jason Clark, a spokesman for the Texas Department of Criminal Justice. Lopez then got into a firefight with officers after crashing the vehicle.

“He fired several rounds at officers and was armed with an AR-15 and a pistol,” said Clark, adding the firearms were likely also stolen from the Collins’ ranch.

No officers were injured.

Lopez was affiliated with a powerful and violent prison gang known as the Mexican Mafia, and had ties to San Antonio and the Rio Grande Valley area, according to the state’s public safety department.

He had been convicted of capital murder, attempted capital murder and aggravated kidnapping, the Texas Department of Public Safety said. He was serving two life sentences for those convictions.

The Collins’ ranch was within the perimeter police were searching following Lopez’s escape, which happened May 12 near Centerville as he was being taken from a facility in Gatesville to another unit in Huntsville for a medical appointment.

Centerville is around 120 miles north of Houston, according to officials.

Lopez was being driven in a separate, caged area of the prison bus but broke out of his restraints, cut through the metal and crawled out of the bottom of the cage, officials said.

He attacked the driver and forced the bus to a stop, authorities said. The two got out of the vehicle, and as another officer began approaching, Lopez went back into the bus and tried to drive it away.

Officers shot at the tires and stopped the vehicle, authorities said. Lopez then left the bus and ran into the woods off of Highway 7, according to authorities.

Lopez was on the state’s Ten Most Wanted Fugitives List, with authorities offering up to $50,000 for information leading to his capture.