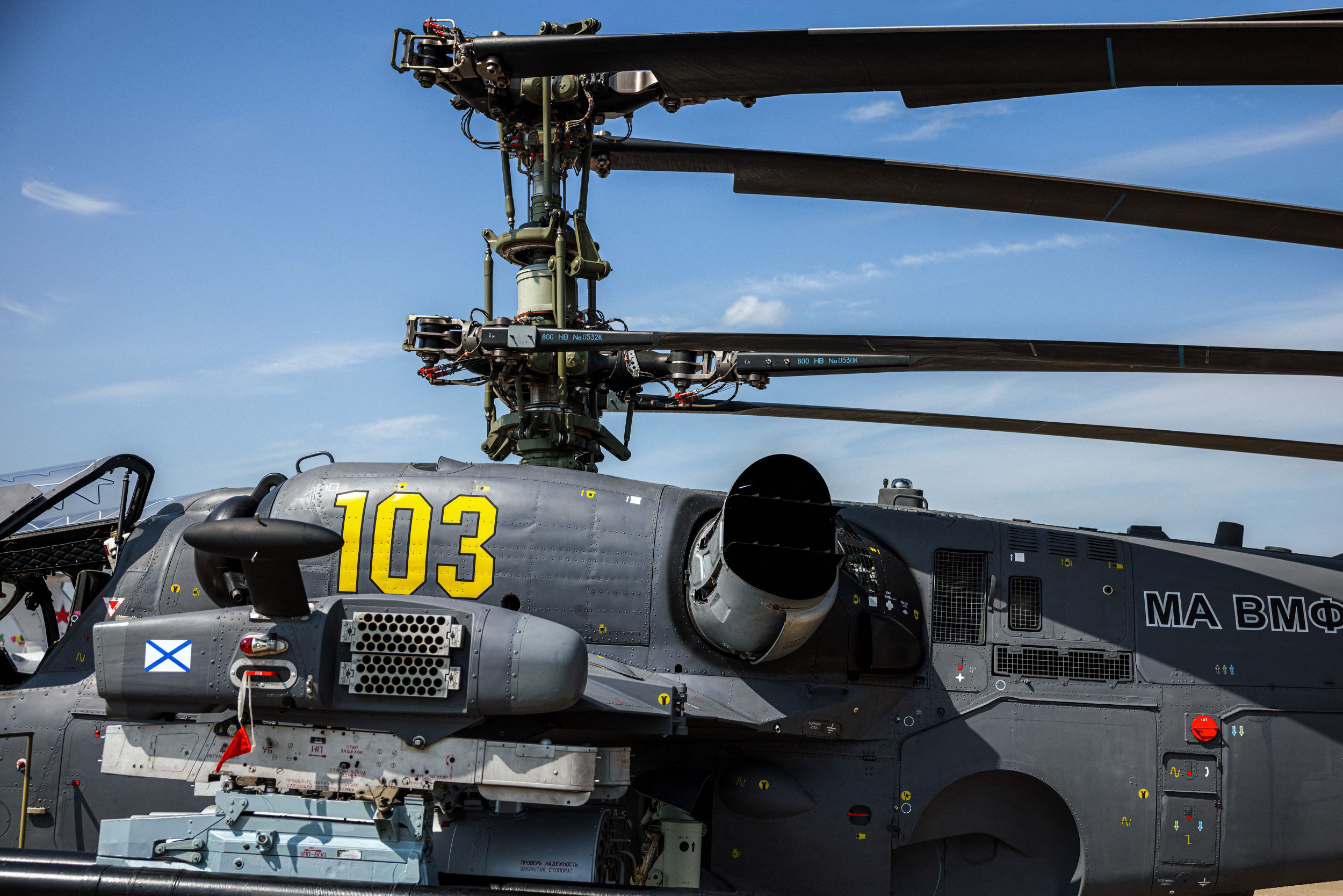 On Tuesday, Ukrainian bomber planes took out three unmanned Russian aircraft and one helicopter in the Zaporizhzhia and Donetsk regions, according to a Facebook post published by the Air Force Command of the Armed Forces of Ukraine.

The Ka-52 helicopter, introduced in 1996 and known as the “Alligator,” is an all-weather attack helicopter owned and operated by the Russian Air Force that can destroy both armored and unarmored targets, low-speed aerial targets and military personnel. It is also deployed as a surveillance platform and aerial command post for a group of attack helicopters.

The daytime attack by Ukrainian personnel included up to 10 group airstrikes on Russian troops positioned “in several operational directions.”

The attacks came on the heels of “a significant portion” of Russia’s naval aviation combat jets being taken out as Ukrainian forces bombarded aircraft and ships on the Crimean Peninsula near the Black Sea.

In addition to the destruction of the three unmanned aircraft and the Alligator, Ukrainian officials announced that Su-25 and Su-24 bombers struck Russian platoon and mouth supports, marching tank columns and enemy manpower and equipment.

Peter Rutland, professor of Russian, East European and Eurasian Studies at Wesleyan University, told Newsweek that Russia’s air-based war strategy is perplexing, saying that “one of the biggest puzzles of Russia’s poor performance in Ukraine has been the inability of its air force to achieve air superiority.”

“This all testifies to Russia’s inability to launch effective combined arms operations on land, air and sea,” Rutland said. “They are still fighting in the style of the eastern front of World War II.”

Ukraine has taken some hits as well, including the recent announcement that Anton Lystopad, who was awarded the title of the best pilot of the Air Force of the Armed Forces of Ukraine in 2019, was reportedly killed in battle.

Ukrainian resolve in the face of the Russian invasion has both surprised and impressed U.S. officials. As an unnamed Pentagon official described, Ukrainian troops have done things to Russian forces that “we might not have thought were possible.”

Russian forces have been impacted by “the Ukrainians’ ability to get after [Russian] command and control, ammunition, sustainment and logistics locations,” the official said.

Newsweek reached out to the Ukrainian and Russian defense ministries for comment.