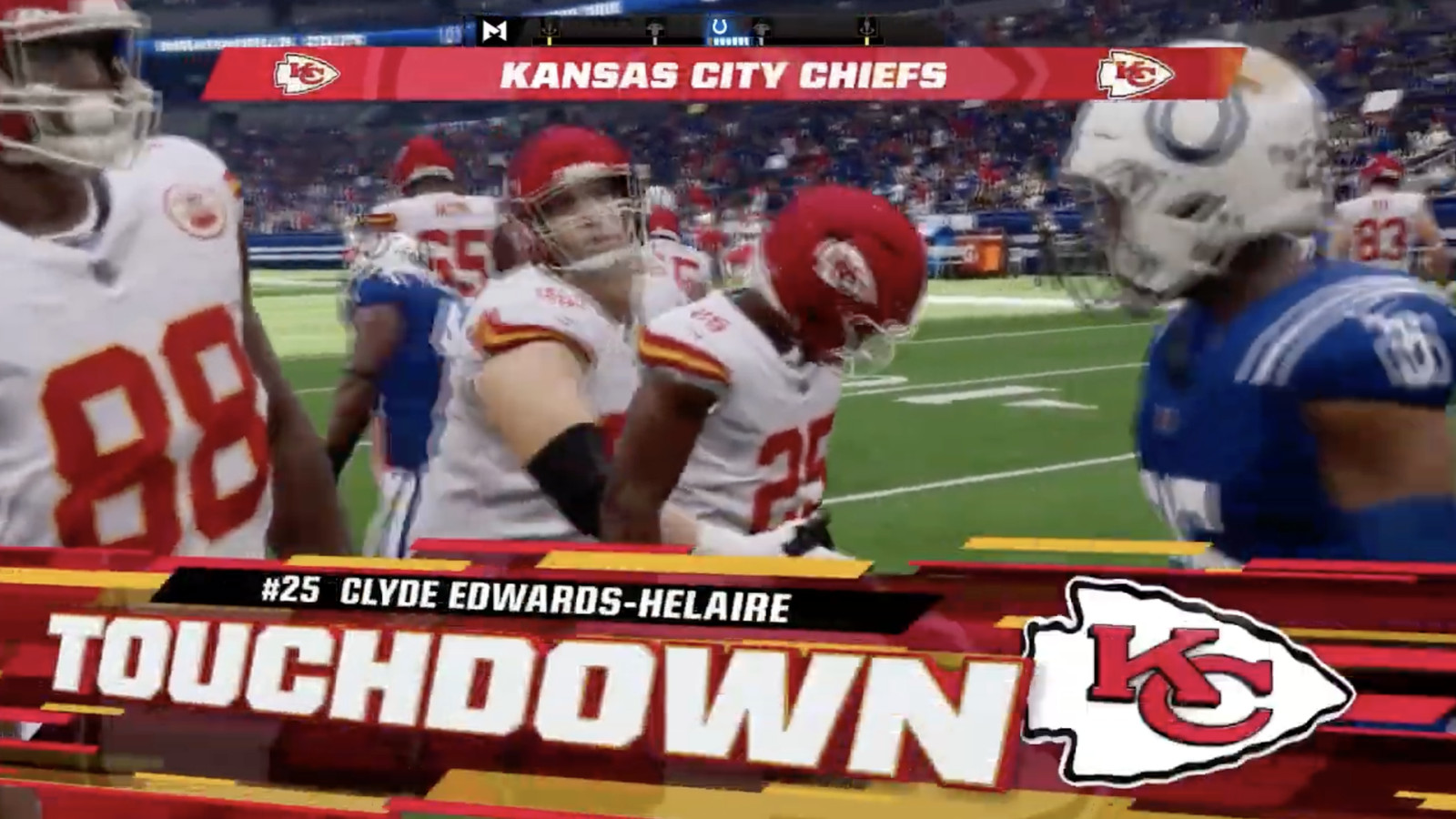 If you want to watch the simulation without spoilers, start the above video — or if you can’t see it, click here.

Here’s what happened in our simulation:

At least that is what happened in the EA Universe.

Mahomes threw two interceptions on back-to-back drives to start the game. Both passes were intercepted by Stephon Gilmore. The problem was that the Colts could only manage three points, as the defense stood Jonathan Taylor up on third-down tries.

The Chiefs’ offense was only on the field for 23 minutes of the game as Mahomes methodically put it in the right hands to score.

Hardman secured a 75-yard touchdown early in the fourth quarter. He finished the day with one touchdown but helped move down the field in big moments of the game.

The Colts kept flirting with being in the contest, but the Chiefs’ defense would make a big play or stop to throw off their rhythm. It happened early in the first quarter, with a tackle for a loss by Leo Chenal — then a sack by Frank Clark and Chris Jones. The Chiefs defense also managed to end a massive 14-play drive on a turnover on downs to begin the fourth quarter.

Jones iced the game by himself. He had consecutive downs in which he recorded a sack, then later strip-sacked Matt Ryan, scoring a touchdown.

For Week 4, the Chiefs will be at Raymond James Stadium facing the Tampa Bay Buccaneers for Sunday Night Football. Before that, we’ll check out how that game would play out in the EA Universe.

Moscow pledges ‘full protection’ to any areas annexed by Russia