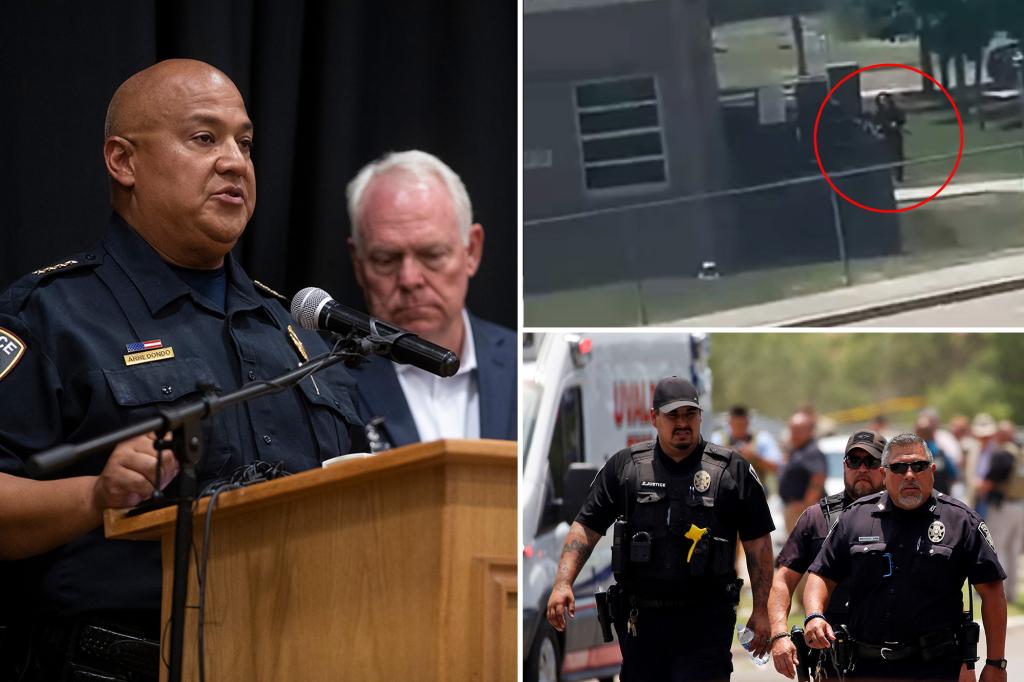 Police may never have to fully account for what went wrong during the Uvalde school massacre, thanks to a quirk in Texas law.

The law, meant to protect people wrongly accused, says police agencies may not release their investigative files unless a person is convicted of a crime.

But when an accused criminal dies before they’re convicted, it enables police to withhold information, an award-winning Texas journalist said.

Dubbed the “dead suspect loophole,” the law has prevented families of those who die in police custody from learning about the circumstances of those deaths, said according to Tony Plohetski, an investigative reporter for the Austin American Statesman newspaper and KVUE.

It could also stymie efforts to get officials to release the 911 tapes, body camera video and other records from the May 24 rampage that left 19 children and two teachers dead — while cops waited more than an hour to enter the classroom where the slaughter was happening, Plohetski tweeted.

The 18-year-old gunman Salvador Ramos also died, after he was shot down by police, a factor key to the release of information.

“The law leaves the decision to release the information to the police,” Plohetski said.

The state Department of Public Safety is leading an investigation on the police response to the carnage at Robb Elementary School.

But so far, state officials from Texas Gov. Greg Abbot on down have issued conflicting statements about the shooting, angering the grief-stricken residents of Uvalde, and reports have indicated that the school district and town police are not cooperating with the probe.

School district police Chief Pete Arredondo, who was in charge of the scene the day of the shooting, has yet to make a public statement about his decision to hold officers back for more than an hour rather than ordering them to immediately charge the classroom where the shooter was, despite 911 calls coming from children in the room.

Arrendondo, 50, reportedly arrived at the scene without a police radio and may have been unaware that children inside the classroom were calling 911 begging for help as the officers stood outside.

The embattled chief was sworn into his new role on the Uvalde City Council, a position he was elected to last month, in secret after city officials canceled a public ceremony previously scheduled for Tuesday.

City Hall has locked its doors during business hours and declined to immediately provide any public records to reporters, according to the Texas Tribune. The chief of the city police force, Daniel Rodriguez, has not publicly answered questions about his officers’ response to the shooting.

Uvalde police have threatened to arrest journalists outside school district headquarters for trespassing, and reportedly told a mother who was handcuffed during the shooting and later rescued her own kids from the school she could be charged with a probation violation for telling her story to the press.

The Uvalde school board held its first meeting since the massacre on Friday night but did not take any action against Arredondo, despite a potential vote to fire him being on the agenda, according to the Tribune. The police chief did not attend the meeting.

“More than anything, the families of the #Uvalde victims need honest answers and transparency. Period,” the speaker of the Texas House of Representatives, Dade Phelan, said in a tweet. “It would be absolutely unconscionable to use the ‘dead suspect loophole’ to thwart the release of information that is so badly needed and deserved right now.”

The Republican said that the statute has not worked as intended, and is “in dire need of reform.”

Earlier efforts to change the law have failed, Phelan said, adding, “I think it’s time we pass legislation to end the dead suspect loophole for good in 2023.”