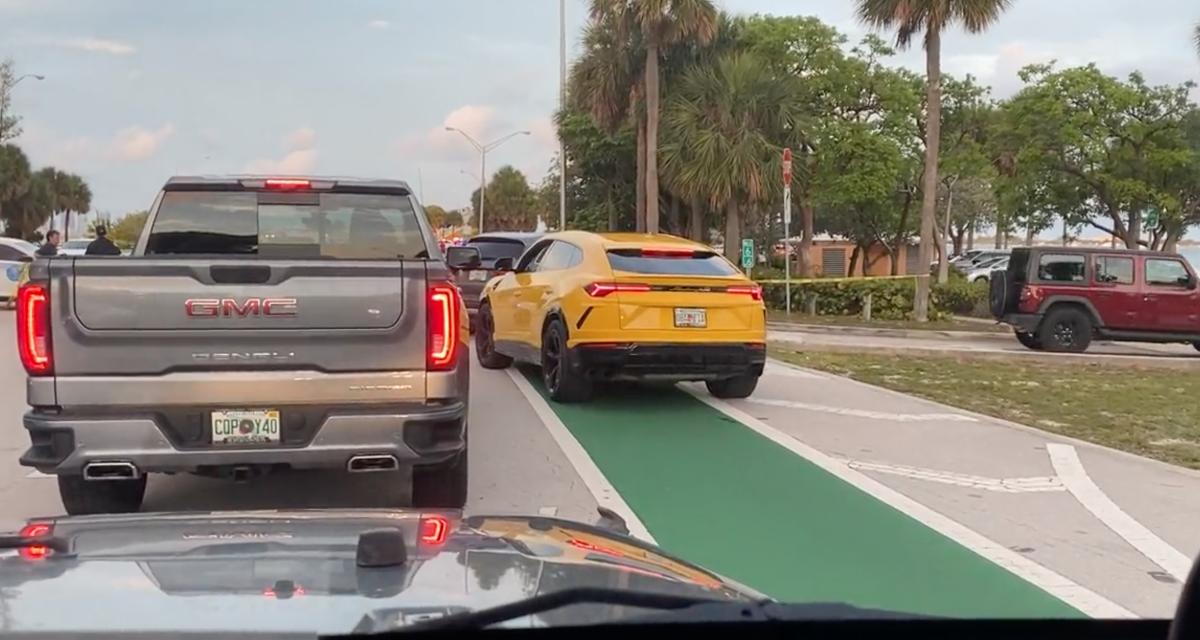 Due to a traffic accident, the police blocked the traffic. Motorists were therefore unable to go straight and were all forced to turn around as soon as possible.

Only then, when such an event occurs, it necessarily creates traffic jams and you can imagine, some people don’t like to wait…

Well, this scene is no exception to the rule and the author of these images captured an improbable moment: to save time and scratch places in the queue, a few drivers took the nearby cycle path! And in front of the police on top of that!

But what do you want, nobody told them anything and so they were able to maneuver quietly. However, as we said earlier, one of them was driving a racing car that did not go unnoticed: a yellow Lamborghini Urus… And the least we can say is that the latter has had a hard time maneuvering. As a result, he wasted everyone’s time when he wanted to save it at the base.

The bikes ? We do not care

Bicycles really don’t seem to be the problem of these motorists who have requisitioned the cycle path as if it were an emergency lane. How do you want motorist-cyclist relations to be calmed with this?