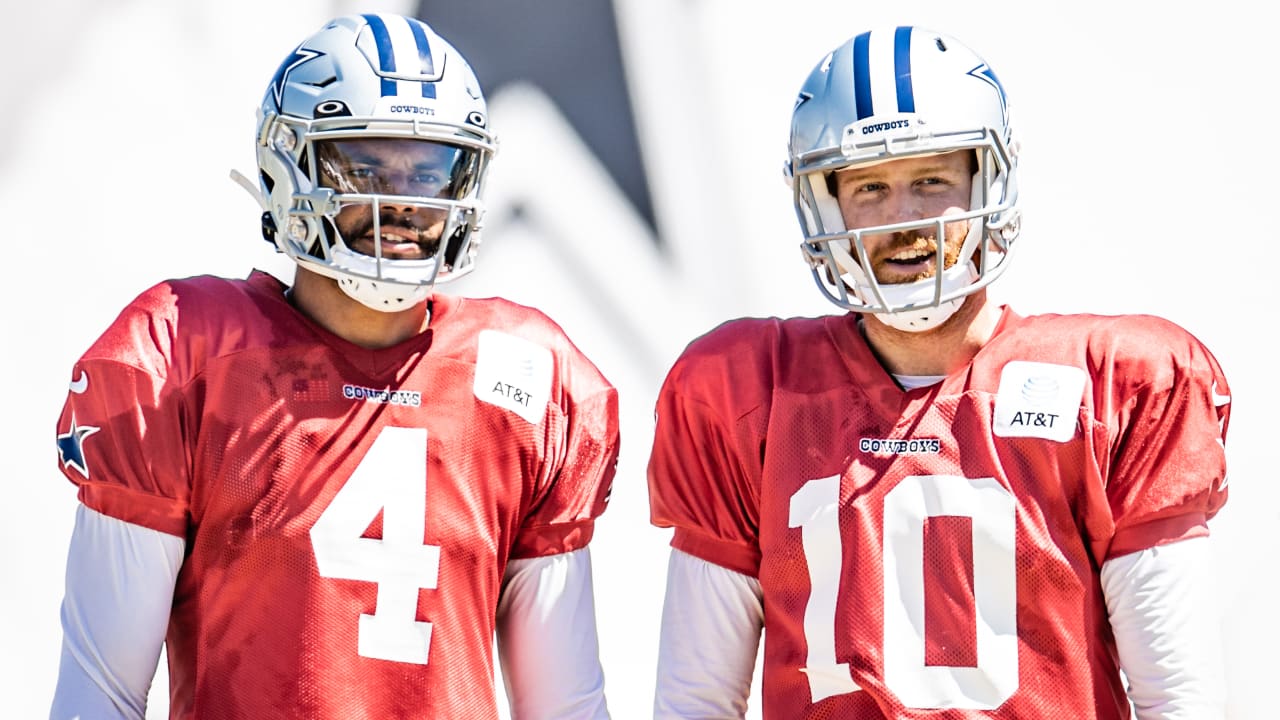 FRISCO, Texas – Cowboys owner Jerry Jones has seen this script play out before. And he’s not opposed to seeing it again.

Right now, Cooper Rush is about to start his third career game and his second this season in place of Dak Prescott.

Even after Rush helped the Cowboys beat the Bengals last week, talk of any quarterback controversy has been rather silent.

But if for some reason, it escalates to that status, Cowboys owner/GM Jerry Jones said he would “of course,” welcome that.

When speaking to reporters in an impromptu media session on Thursday, Jones said he would happily take on a scenario that would force the Cowboys to make a decision on which QB to play.

“That means we’d won,” Jones said. “If (Rush) comes in and plays as well as Prescott played … Rush, played that well over these next games. I’d walk to New York to get that.”

Jones is referring to 2016 when Prescott replaced an injured Tony Romo to start the season and won 10 of 11 games, forcing the team to stick with the rookie, who went on to lead the Cowboys to a 13-3 record and the top seed in the NFC playoffs.

“Wouldn’t it be something if you had a dilemma on which way to go?” Jones asked. “You do that if he gets 10 wins. The same thing happened with Prescott. I think like that.”

But is Rush capable of doing that?

“Well I don’t know that,” Jones said. “But you can’t find on record where I said I thought Dak Prescott could do it, when he stepped in and had the chance to do that. But he did it.”

But Jones circiled back and reiterated his support for Prescott, who is less than two weeks removed from thumb surgery. The Cowboys opted not to place him on IR, meaning he could be back within four games.

And while that timetable hasn’t changed in Jerry’s mind, he’s still hoping for the very best possibility in the meantime.

“Of course we want Dak to be here next week,” Jones said. “Dak and I want Rush to lead the team to victory here. And get another win and another win. That’s the way we look at it. Do I think it’s possible for Rush to come in here and play at a level and win games the way Prescott did when he took over for Romo? Yes I do. Yes I do. I think that’s possible.”

Latest news on Russia and the war in Ukraine

Latest news on Russia and the war in Ukraine