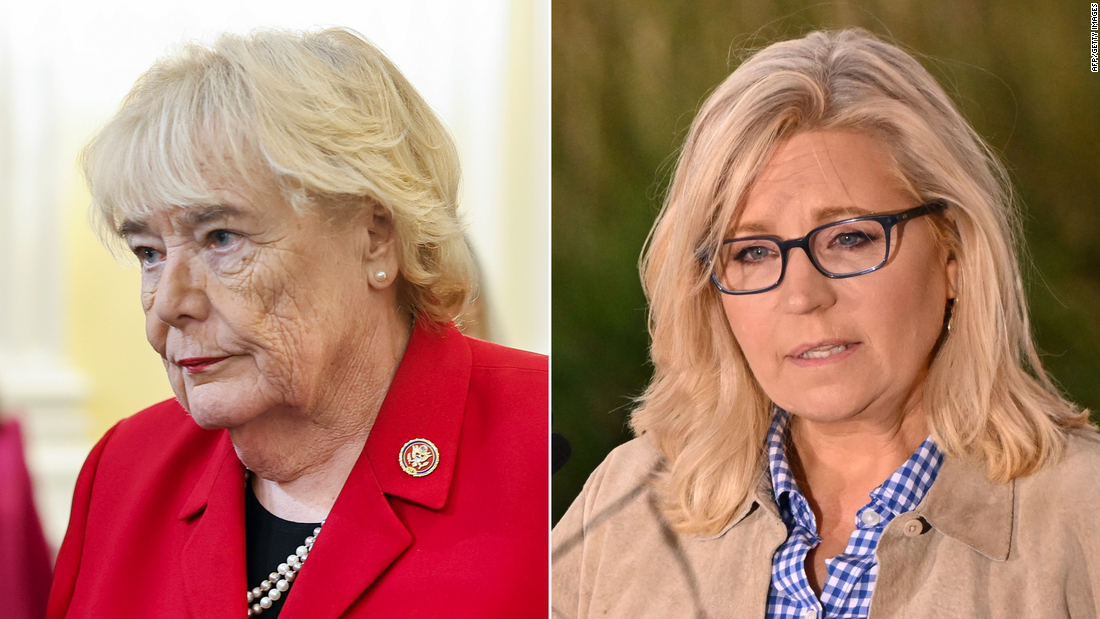 Cheney and Lofgren, who both serve on the House select committee investigating January 6, 2021, say the recommendations could help prevent a future attack on the US Capitol and argue this legislation is critical, pointing to candidates currently running for offices at the state and federal level who could impact future elections and who believe former President Donald Trump’s election lies. In an op-ed introducing the legislation, they wrote about concerns of “another effort to steal a presidential election, perhaps with another attempt to corrupt Congress’s proceeding to tally electoral votes.”

The bill Cheney and Lofgren have put forward introduces new laws and strengthens existing ones to prevent individual state officials or members of Congress from subverting election results.

“The Electoral Count Act of 1887 should be amended to prevent other future unlawful efforts to overturn Presidential elections and to ensure future peaceful transfers of Presidential power,” the bill reads.

The House had been set to vote as soon as Wednesday, but Majority Leader Steny Hoyer told reporters the timing for the legislation is up in the air because of “moving parts,” one of them being separate proposals on policing and public safety that were still being negotiated and that could get a vote in advance of Cheney and Lofgren’s bill. A source on background added that if there is a deal on policing legislation, that would go to the floor first and push the vote on the legislation regarding the Electoral Count Act to Thursday.

In their op-ed published Sunday in the Wall Street Journal, the pair wrote, “Our proposal is intended to preserve the rule of law for all future presidential elections by ensuring that self-interested politicians cannot steal from the people the guarantee that our government derives its power from the consent of the governed.”

It’s unclear how many House Republicans will back the plan. House GOP Whip Steve Scalise sent a message to members of the Republican conference Tuesday whipping against the bill.

Once this bill passes the House, lawmakers must decide how to reconcile the differences that exist with the Senate’s proposed changes to the Electoral Count Act put forward by a bipartisan group of senators in July.

Cheney said on a Tuesday call that there are “a lot of similarities” with the Senate’s version of the bill and she will continue to work “expeditiously” to reconcile the legislation.

“I think, you know, we are going to end up in a situation where we have legislation that has a lot of similarities and that we can work with to make sure that we get a good bill to the President’s desk,” Cheney said.

“We’re not disrupting the compromise,” a House aide told CNN. “We think we are raising the floor for what this bill should look like.”

Sen. Susan Collins, a Maine Republican and one of the lead negotiators of the Senate legislation focused on reforming the Electoral Count Act, told CNN she hopes the Senate bill — not the bill introduced by Cheney and Lofgren — will be the one that ultimately passes through Congress.

“I much prefer our bill, which is the product of months of study, input from constitutional and election experts and is a bill that has garnered widespread bipartisan support,” Collins said.

Still, Collins said the differences between the two bills are not insurmountable.

“I believe we can work this out and hope that we will do so. I would say that our bill has broader support from constitutional scholars, election experts and members of the Senate,” Collins said, adding the legislation is already filibuster-proof since it has the support of 10 Republican senators.

Collins said the Senate Rules Committee will mark up the Senate bill next week. It remains to be seen whether the Senate will get to a vote on the bill before the midterms or if it will be an issue for the lame duck session.

Cheney said Tuesday that she is looking forward to see what amendments get added to the Senate’s version of the bill next week because she believes some of the differences could be resolved then.

The Wyoming Republican said this bill will ultimately become part of the House January 6 committee’s recommendations, but others will be added when the panel puts out its final report by the end of the year.

“This is clearly one piece of our legislative recommendations,” Cheney said. “There will be others.”

Raising the threshold for Congress to object to electors

One of the main differences between the two bills currently is the threshold for which a member of Congress can raise an objection to a state’s electors. The House bill would require the support of one third of each chamber to raise an objection and a majority of votes for that objection to be sustained. It outlines five specific and narrow reasons for raising objections. The Senate version of the bill only requires one fifth of support in each chamber and does not restrict reasons for objections.

Currently, only one member from each chamber is required to object and there are no restrictions on the types of objections that can be brought up. That’s why 147 Republicans across both chambers were able to object when Congress met to certify the election on January 6, 2021, and cited various reasons for doing so.

The proposed bill addresses any potential delays a state could make to counting and certifying its votes and creates language to enforce the election certification process.

The legislation says no person “shall willfully fail or refuse to tabulate, count, or report any vote that is timely cast and is otherwise valid under applicable State and Federal law.”

While the House bill gives the states more time to certify an election, known as the safe harbor deadline, it proposes stricter guidelines on how a state’s vote can be challenged.

Only the candidates for president and vice president listed on the ballot can challenge a state’s certification, which would be heard and determined by a district court panel of three judges and reviewable only by the Supreme Court. The legislation outlines a clear calendar for how courts need to expedite any election related challenges. Currently, anyone can make a challenge to a state’s certification in court.

The legislation also clearly defines what accounts for a state’s slate of electors and clarifies that states can only send one slate. Under the current bill, there is room for a state to send competing slates of electors in certain situations.

This language is meant to address what happened in 2020, where certain states submitted alternate electors for Trump that were not the official electors submitted by states. The fake elector scheme, as it has become known, is currently being investigated by the Department of Justice and has been a thread followed up on by the House select committee.

The House bill seeks to reaffirm the Constitution and make it clear that the vice president has no authority to reject official state electoral slates, delay the counting of votes or issue any procedural rulings. The Senate bill has a version of this provision as well.

“The 12th Amendment is straightforward; it simply requires counting,” Cheney and Lofgren wrote.

After the 2020 election, Trump tried to get then-Vice President Mike Pence to reject electors from states, which Pence never did.

The legislation proposed by Cheney and Lofgren also establishes parameters for extending Election Day voting in very limited circumstances, including an act of terrorism or natural disaster, which does not currently exist in the Senate’s proposed bill.

This story has been updated with additional developments.