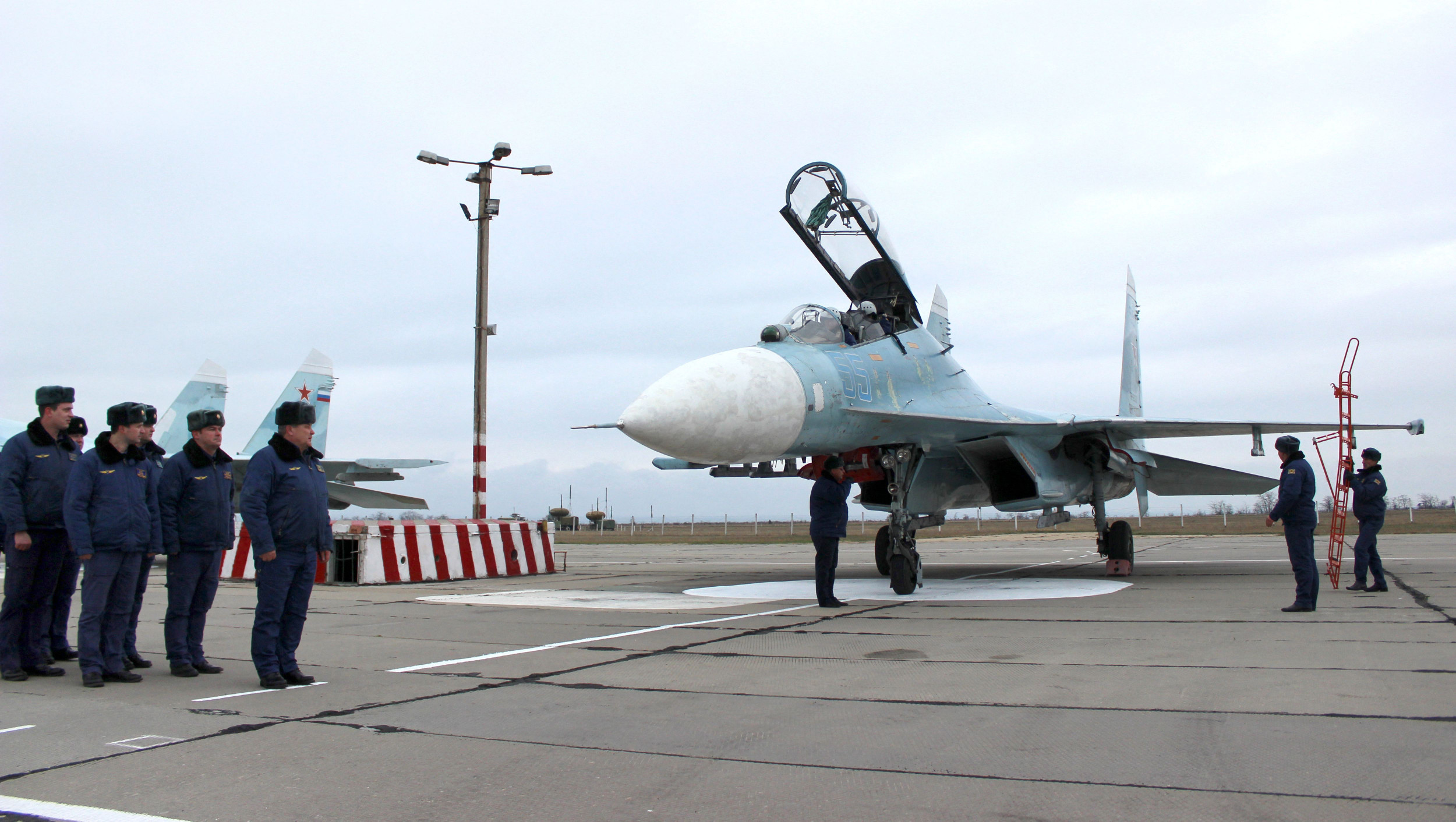 Explosions have forced the Russian military to withdraw airplanes and helicopters from airbases in Crimea, according to Ukraine’s Ministry of Defense.

Fires and explosions have recently rocked multiple areas of the Crimean peninsula, which was annexed from Ukraine by Russia in 2014. On Wednesday, the Ukrainian government said that the damage had forced at least 24 planes and 14 helicopters to abandon their bases and retreat to sites deeper into Russian territory.

“After the recent events in Crimea, the [Russians] are urgently moving their planes and helicopters deep into the peninsula and to the airfields of the Russian Federation,” a Facebook post from the Main Directorate of Intelligence of the Ministry of Defense of Ukraine states.

“The occupiers are carrying out measures to partially move aviation equipment from forward-based airfields in Crimea to reserve airfields and airfields permanently based on the territory of the Russian Federation,” the post continues.

One of the planes believed to be a MiG-31 was observed catching fire when being flown out of Crimea, according to Ukraine. The aircraft were purportedly flown from the bases on Wednesday and on August 11.

At least 14 Russian helicopters were also allegedly flown out of Crimea on Wednesday, including six Kamov Ka-27s. Eight helicopters of an unspecified make were purportedly flown east to a Russian base in Krasnodar.

The Russian military has blamed at least some of the explosions on an “act of sabotage” without naming the alleged perpetrators, according to the Associated Press (AP). Russia said that the explosions on Tuesday were caused by a fire at an ammunition depot.

In a move that may be related to the explosions, Russian state-run news agency RIA reported on Wednesday that Igor Osipov, Russia’s current Black Sea fleet commander, was being replaced, according to Reuters.

Ukraine has neither confirmed nor denied responsibility for the explosions, although military analysts studying evidence including satellite photos suspect that Ukraine is responsible, according to AP.

Ukraine has threatened to strike inside Russian-occupied territory, while Ukrainian President Volodymyr Zelensky hinted at possible involvement in the Crimea explosions by thanking those “who oppose the occupiers in their rear” during a televised address on Tuesday night.

Newsweek has reached out to the Russian government for comment.

After Amber Alert, man and teen daughter killed in shootout

After Amber Alert, man and teen daughter killed in shootout