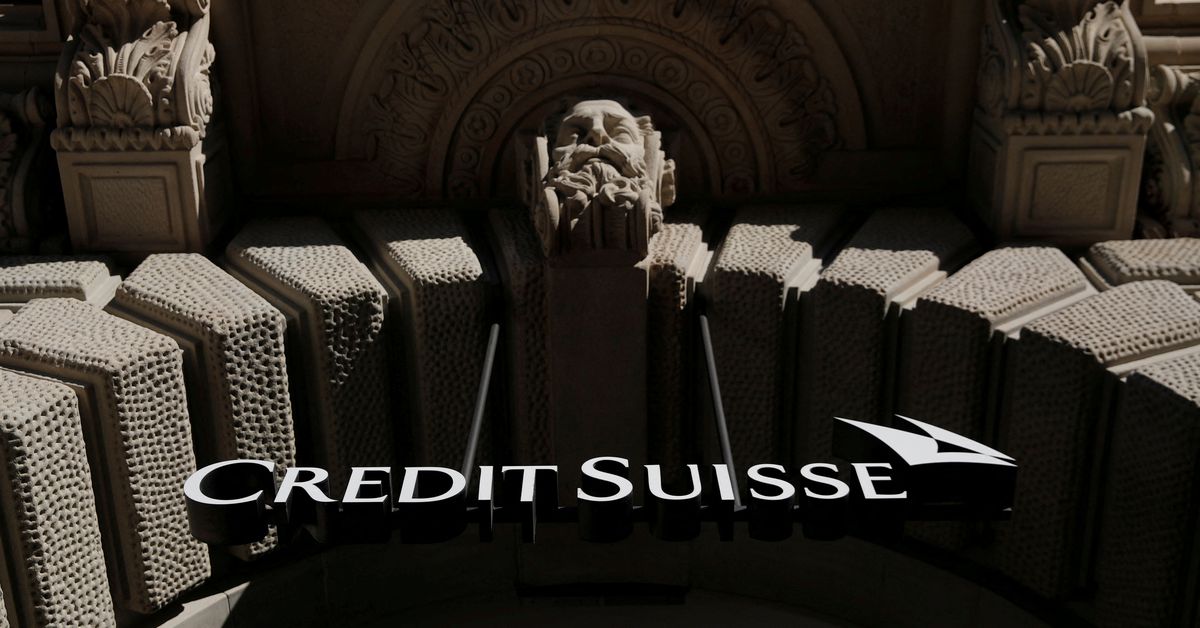 The logo of Swiss bank Credit Suisse is seen at its headquarters at the Paradeplatz square in Zurich, Switzerland October 1, 2019. REUTERS/Arnd Wiegmann

MILAN, June 8 (Reuters) – Shares in Credit Suisse (CSGN.S) turned sharply higher on Wednesday afternoon, with traders citing an Inside Paradeplatz report that U.S-based State Street (STT.N) is planning a takeover bid for the troubled lender, though some in the industry doubt the claim.

Credit Suisse shares ended up 3.8% in Zurich after jumping following the report in the Swiss financial blog. From lows hit earlier in the day, the shares were up more than 14%. The broader European stock market (.STOXX) was down 0.7%.

The stock dropped close to its lowest in over 20 years during the session after the company warned of a likely second-quarter loss as volatility hit its investment bank. read more

Citing one unidentified source, Inside Paradeplatz said State Street would bid 9 Swiss francs a share, a premium of more than 30% to Tuesday’s closing price. That would value Credit Suisse at 23 billion francs ($23.6 billion).

“We are not going to respond to an earlier news report,” State Street said in a statement. “As we have previously discussed, we are focused on our pending acquisition of Brown Brothers Harriman’s Investors Services business.”

A top U.S. brokerage, in a message to clients, questioned the rationale of any State Street interest for the Swiss bank, citing unclear synergies for the U.S. custodian, along with the risk of capital costs, job cuts and litigation risks.

The bank has described 2022 as a “transition” year in which it is trying to turn the page on costly scandals that brought a near total reshuffle of top management and a restructuring seeking to curtail risk-taking, particularly in its investment bank.

Beyond the challenges of the macroeconomic environment, Credit Suisse is contending with an overhaul after a series of setbacks that have shaken investor confidence.

Separately, sources told Reuters last week that Credit Suisse is in the early stages of weighing options to bolster its capital after a string of losses eroded its financial buffers. read more

Turkey shocks markets with rate cut despite inflation near 80%

Broncos want Javonte Williams to be ‘the guy’

Turkey shocks markets with rate cut despite inflation near 80%

Broncos want Javonte Williams to be ‘the guy’